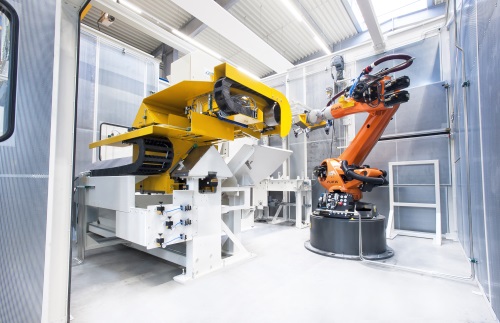 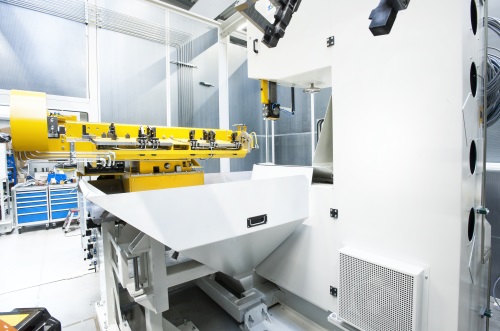 The band sawing station as shown here consists of a robot loading band saw-carriage-unit as well as the according in- and out transport guide rails. Due to noise prevention reasons, the unit is within a sound insulating cabinet. The carriage consists of two cylinder head holding fixtures which are rotatable by 90 degrees, so that a sawing cut for separating the above lying feeder is made possible. Loading and unloading is fully automated by robot. A camera system is used in order to determine the exact casting position. The recycling material is discharged with guiding plates into the conveying system.